How to get over your new-hire jitters and pick the perfect candidate.

Table of Contents
1. Start by evaluating their skills
2. Allow sufficient time to acclimate
3. Be willing to move on — and sooner rather later 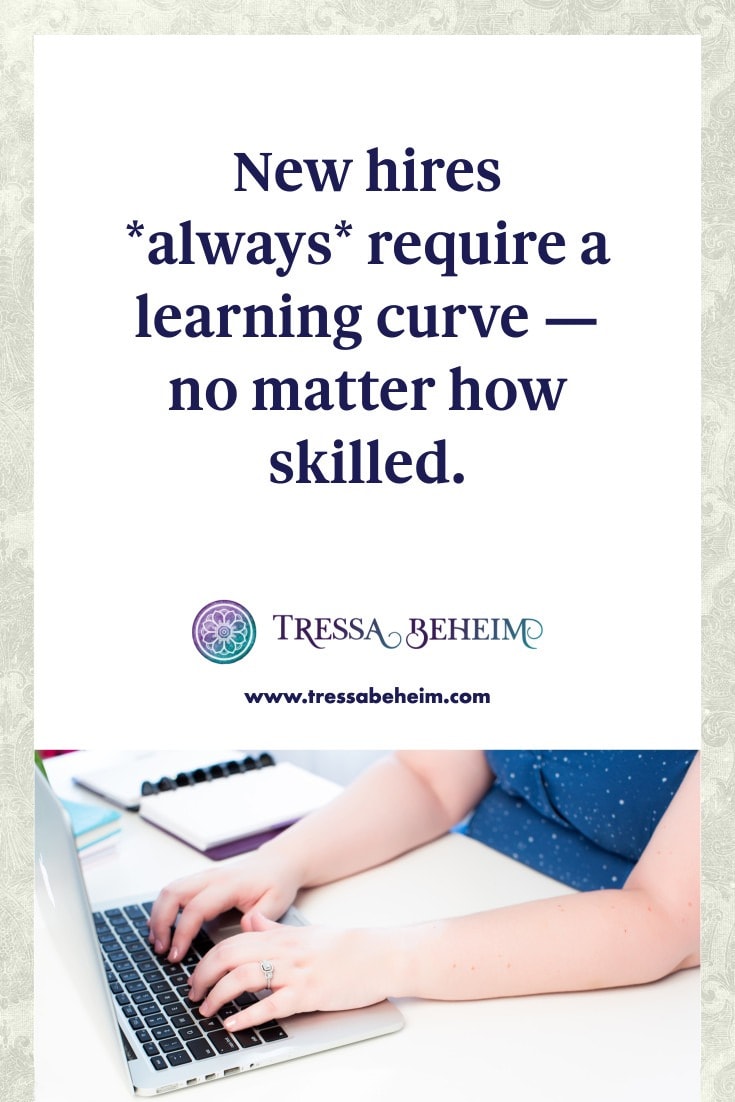 And so very often, we hedge, we delay, and we wait far too long to add someone new to the team. Eventually though, the pain of not hiring someone outweighs the fear, and we pull the trigger.

Once someone starts, that’s when the real work begins, if we are committed to making them successful.

Start by evaluating their skills

One if the biggest mistakes I see business owners make is throwing new hires into the deep end without any effort to understand their true abilities. Whether you’ve added an employee or a contractor, an expert or a beginner, you still need to know what they can do. You also want to see how they work in your business.

So, I like to start with some test assignments. These will often be internal tasks so I don’t have the stress of client-facing mistakes if they don’t do them correctly. These will be similar to the  tasks that I hired them for, but not necessarily as complex.

This may seem counterintuitive, but I also like to start by giving minimal instructions. The goal is to assess their capability and initiative. Seeing how they proceed with basic instruction is useful to getting to know their workstyle.

Do they dive in and see what they can figure out? Or are they timid and too afraid to make a mistake to even try anything?

Similarly, I don’t give a lot of specific instructions regarding how I want them to keep me in the loop as they work, I want to get to know their natural style before I step in with super specific directions on how to communicate.

Now of course, I will give them a deadline for the task but I won’t necessarily tell them to ask me questions here, update me at this stage and document these things.

The process of how they complete the task, the way they interact with me, and ultimately the finished product tell me so much about how much training they need and what type of training it should be. Someone could complete the job perfectly but fail to check in at any point as needed, which is an entirely different issue than someone who needs task specific guidance.

Now of course, these are all tasks I have a reasonable expectation that they can complete with relative independence, based on what they have told me about their skills.

No matter how skilled someone is, starting a new position requires somewhat of a learning curve. Many business owners expect a new team member to be fully effective immediately and that rarely happens. Depending on the complexity and expertise required, you can expect it to take three to six months for 100% effectiveness – and sometimes longer for truly specialized positions.

While the same is not always true of contractors you hire for a specific purpose like design or copy, you can still expect some time to be needed. Even the best designer needs some time to get to know how you work and exactly what your preferences are. None of this means you’ve hired the wrong person, but is rather a reality of bringing in new talent to the team.

So be realistic in what you expect right out of the gate – especially if you hired someone you knew you’d have to train. This doesn’t mean you have to accept mediocre results or shoddy work, but know you’ll have to allow more time and support than you’d expect initially.

You’ll generally want to see steady progress each time they complete a similar task as their confidence and know-how improve. It may take several tries to nail it but if you’re seeing an improvement you know you’re on right track.

If, instead, you keep getting the same questions again and again, or worse the same mistakes, then you know there may be more training needed. In the worst case, these can also be a sign you don’t have a good fit for the role.

Be willing to move on —  and sooner rather later

Once you’ve provided adequate training, support, and time for someone to perform, you have to evaluate how they’re doing. Far too many times I’ve seen business owners accept terrible performance that was truly hurting their bottom line because they didn’t want to admit a team member wasn’t working out.

I’ve seen them tie themselves in knots over requests and stress out like crazy over terrible job performance. I get that letting someone go is hard, but it is inevitable if you run a business. Whether it’s an employee or a contractor, there will come a time when someone isn’t getting the job done. When someone’s job performance is a drain on the overall business, you are doing yourself and the rest of your team a disservice by not addressing it.

You are also costing yourself a lot of money by not having the right person. Losses sometimes come in tangible forms like lost clients or lost revenue.  But sometimes they’re more subtle. I’ve seen many instances where business owners pay contractors month after month for work that they end up having to correct or finish themselves. While there isn’t a direct cost to that, it does waste time that they could be spending other things that would generate revenue. Plus, there’s the emotional cost of facing those mistakes over and over again.

So, keep an eye on the situation and act appropriately as soon as needed. Your bottom line and team morale will thank you.

With proper preparation and attention, the right candidate will thrive. So, as challenging as it can be to fire someone who isn’t a good fit, your business deserves the best.

When the time is right to add to your team, don’t let fear get the best of you. You’ll accomplish far more in far less time with the right support. You’ll also enjoy it so much more when you aren’t overworked and burned out by trying to do it all on your own. 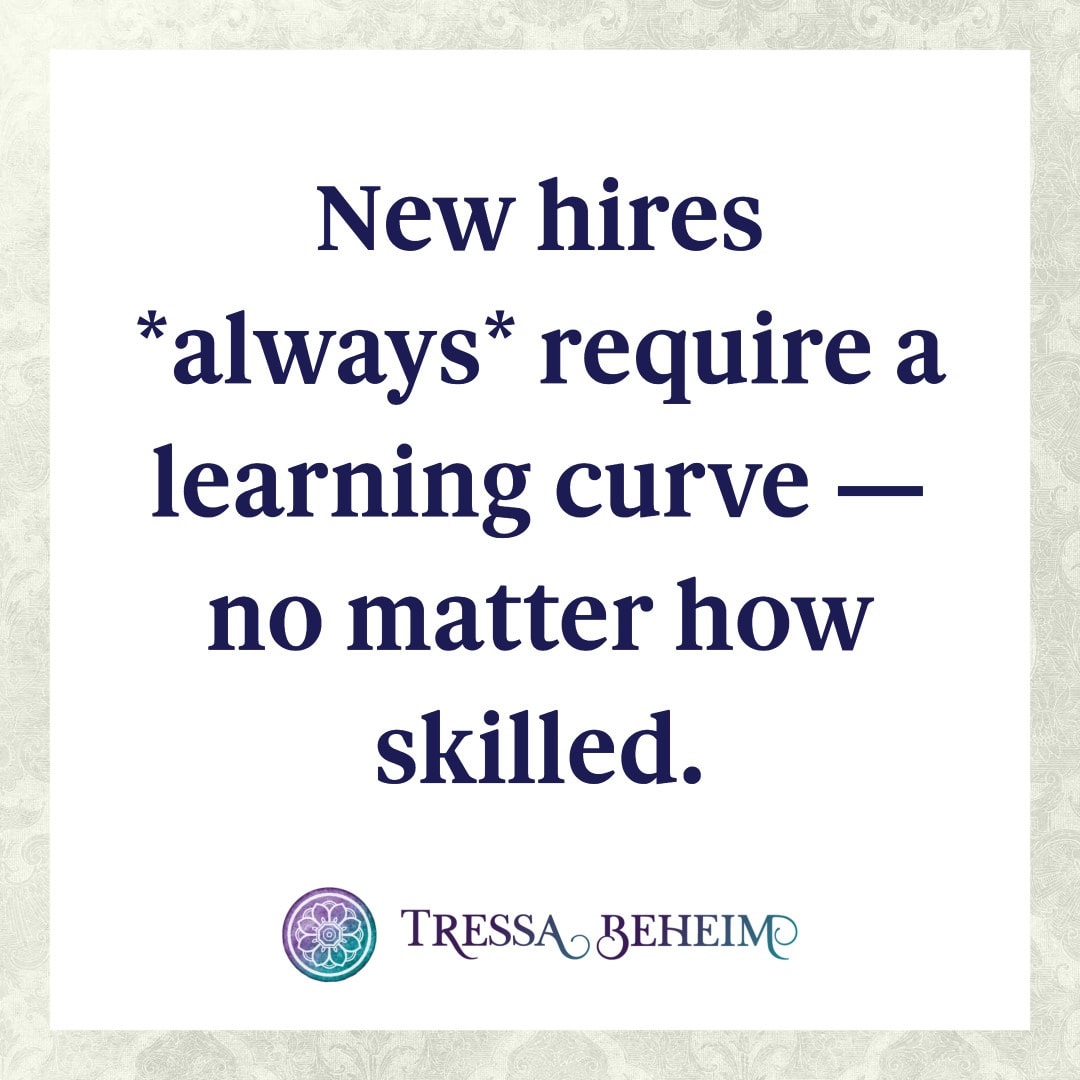 What kind of entrepreneur are you?